On March 7th, 2018, a convivial group gathered to celebrate the launch of Jo Parfitt and Terry Anne Wilson’s newly published book Monday Morning E-mails. The launch aptly coincided with the annual Families in Global Transition Conference, where the book was conceived one year ago. And with Jo currently residing in The Hague, it was decided that the launch would be held in the warmth of her home. The resulting event was intimate and heartfelt—a true reflection of the book and personal letters contained therein.

Seated by the fireplace surrounded by bouquets of tulips, Jo and Terry Anne read some of their letters aloud. Correspondence had been exchanged between the co-authors over a period of six months, their e-mails a nod to the vanishing tradition of handwritten letters. Both sharing in the expatriate experience of creating homes for their families in a combined 12 countries, and both passionate writers, the details of Jo and Terry Anne’s global lives poured forth. Speaking candidly of a myriad of tough subjects such as parenting, Third Culture Kids, identity loss, rootlessness, anxiety, depression, and traumatic childhood experiences to name a few, both writers emerged with the power and joy of claiming such personal stories. And as their readings came to an close, discussion quickly ensued amongst those in the room, echoing a core message of the book—that enlightenment and solace can be achieved in the simple act of sharing.

In addition to sharing and writing, the book also attests to the power of professional help. Joining Jo and Terry Anne at the launch were three of the eight experts featured in Monday Morning Emails: Lesley Lewis, Ruth Van Reken, and Colleen Reichrath-Smith. Indeed, the second part of the book offers a self-help component to readers through expert opinions relating to the ‘tough subjects’ explored in Jo and Terry Anne’s letters.

Now officially launched, Monday Morning E-mails is available in print and digital formats at all major international booksellers including Amazon, the Book Depository, and Barnes and Noble , Apple iBooks, Kobo and Smashwords. 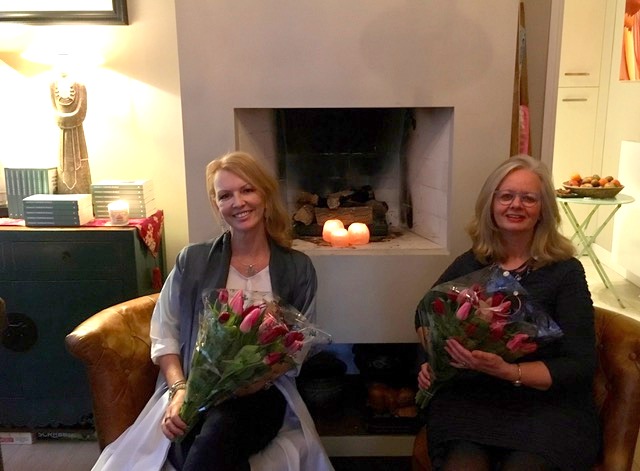