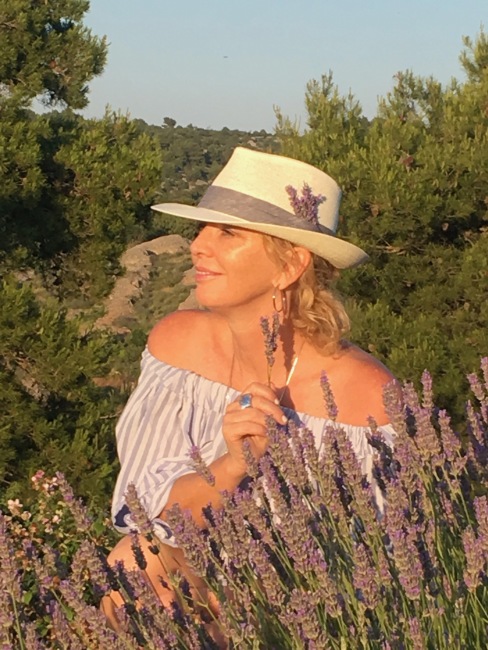 By chance, I write this Monday on my birthday… and oh my, we are somewhere quite wonderful!

We’ve been island hopping along the Adriatic Coast and now find ourselves on Korcula. From the broad shady terrace of the Hotel Korcula De Ville, I gaze out to calm seas of azure shallows and cobalt blues. To my left and right, a boulevard fringed by oleander trees are in the full vigour of bloom. Olive trees, palms and verdant planters fill the frame. Ferries, water taxis and private boats of all sizes ply the waters of the narrow channel. I feel incredibly blessed.

Admittedly, July 1st, being Canada Day, is a brilliant day for a birthday at least in theory – a perpetual holiday if one is at home. Yet as our wedding anniversary is the day before, we sometimes find ourselves somewhere special to mark both occasions.

Yesterday, we celebrated twenty-nine years together. We hopped on local boats and swam in sparkling waters from the shores of nearby islands. We savoured local wines, then dined in the old schoolhouse of Vrnik as the waves lapped gently along the coast. 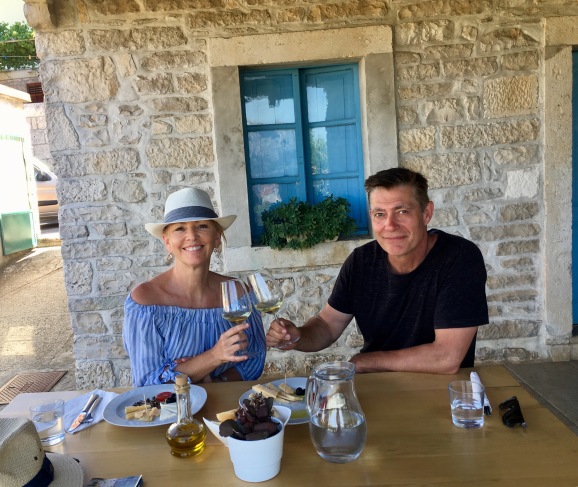 And by chance, we discovered that the island of Korcula is one of the few places on earth to celebrate ‘Half-New Year’ on June 30th. With the town’s old fortress walls and the sea as backdrops, by 8 pm we had joined the masses at the ‘party of the year.’ It was a dizzying parade of zany, inventive costumes, madcap exuberance and joie de vivre.

Between a live band that rocked and a DJ’d dance floor that pulsed, we danced the night away. At midnight, fireworks crackled and played across the silhouette of Korcula’s old town… our anniversary day had been a perfect melange for the senses and a joyous beginning to our thirtieth year.

A few days earlier, on the island of Hvar, we had indulged ourselves by renting a classic VW convertible ‘lovebug’ to visit the lavender fields on the high spine of the island. 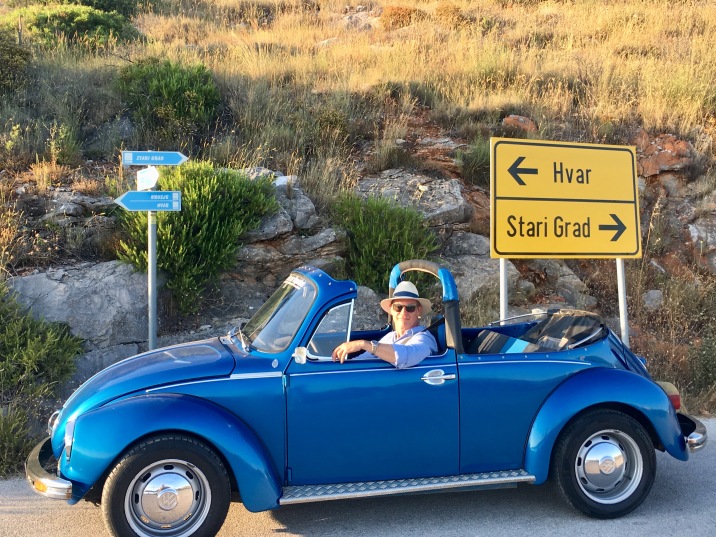 We cruised along narrow island roads in the blue beetle that although sounding and handling like a tractor, felt liberating and well… just fun. We held onto our hats as we took in sweeping vistas and marvelled at the spectacular sea views. We swam in the sea and enjoyed our first gelato of the trip. We reached the lavender fields as the sun was lowering in the sky, casting rich orange hues across the high rocky outcrops. The effect was stunning.

Lavender is the pride and joy of the island of Hvar. The mild climate and ‘just the right soil’ causes it to flower in profusion. Harvested in July, it is emblematic of the island, a sought after product and source of real pride for the islanders islanders. Sold in its natural state, or in oils, soaps and sachets (often lovingly stitched by hand by the women vendors) lavender is the one of islands cherished products, the equal local wines and olive oils.

Since the Greeks and the Romans, lavender has been considered a luxury and a sacred plant. And just as the palaces and parlours of Adriatic royalty were once infused with its heavenly scent, I plucked a few stalks to perfume our hotel room and simply savoured being in those fields of breathtaking beauty. So very thankful for these past days as our journey together begins a new year…